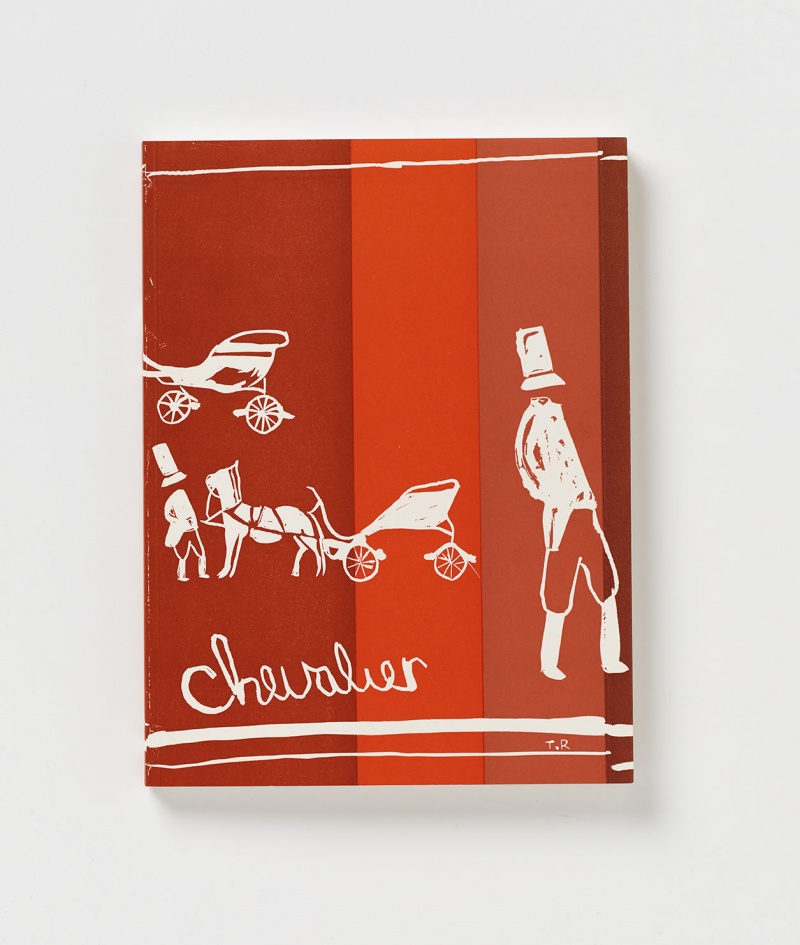 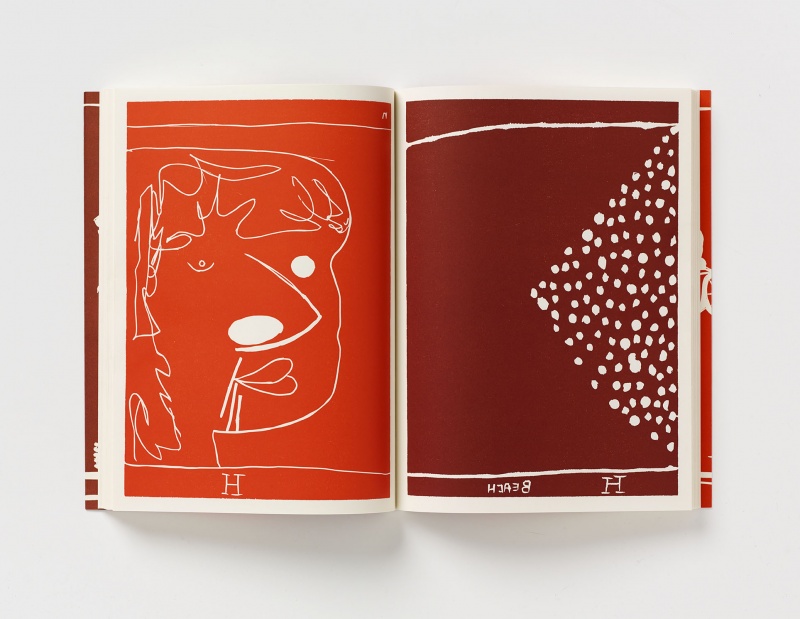 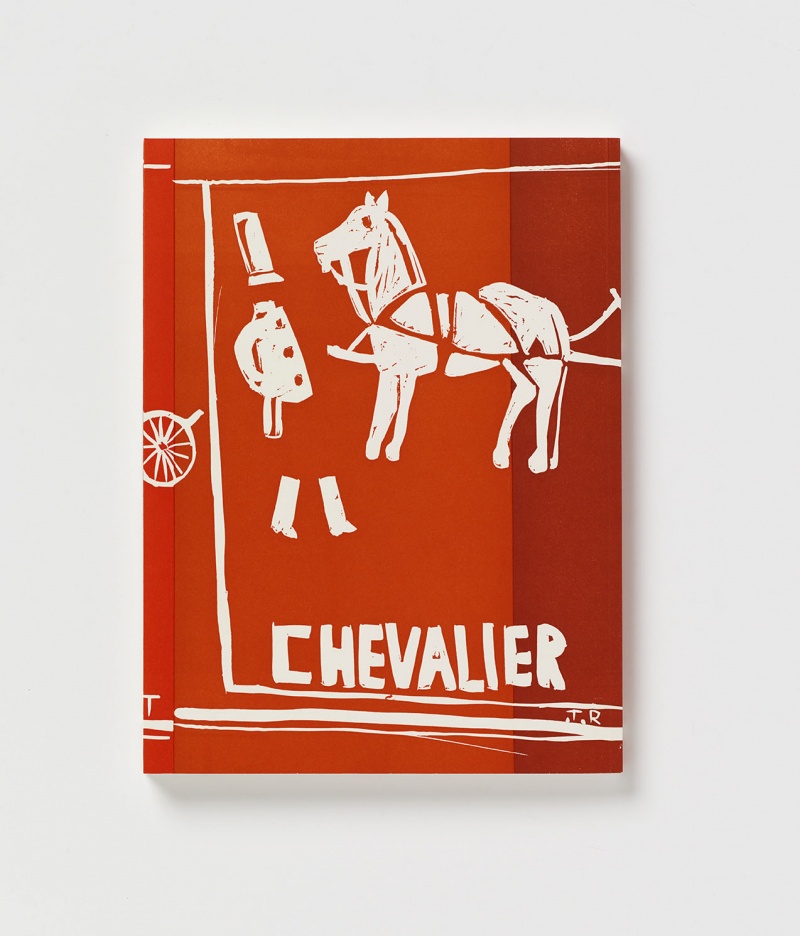 Artist book with 96 single-coloured original linocuts by Tal R
The title of the linocut book 'Chevalier', an english gentleman rider or more popular: knight, evokes a lot of associations: from the last french executioner Marcel Chevalier (born 1921), who hold this office till the abolition of the death penalty in the year 1981 and who was a letterpress printer in main profession to Franz von Papen (1879 – 1969), vice chancellor in Hitler‘s first Cabinet, who was called 'Chevalier' by his enemies and rivals to the french actor Maurice Chevalier (1888 – 1972) who could have been seen on screen noticeably often in uniforms.
The uniform is the recurrent element in Tal R's artist book 'Chevalier', sometimes just the napoleonic appearing military coat, more often also the soldier within, sometimes wilhelmian, provided with saber and varying militarian-ancient headdresses. Those militarian 'Chevalier'-illustrations alternate with in parts naive-raw still lifes, childish drawn women and animals and mirror-inverted, commentarial lettering.