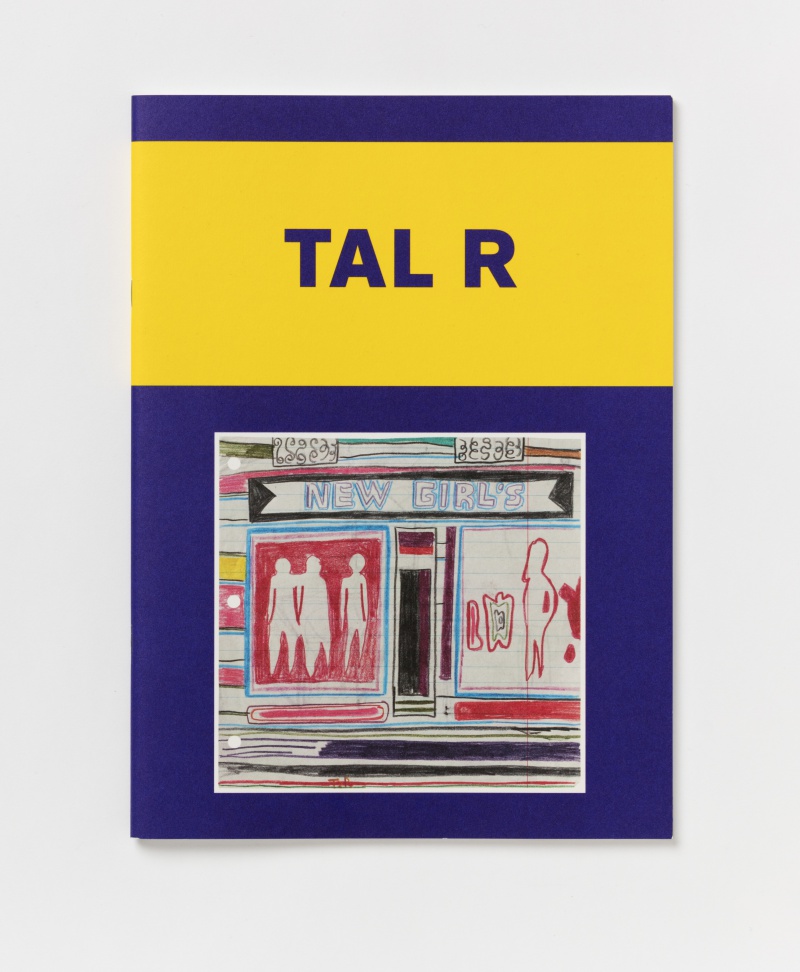 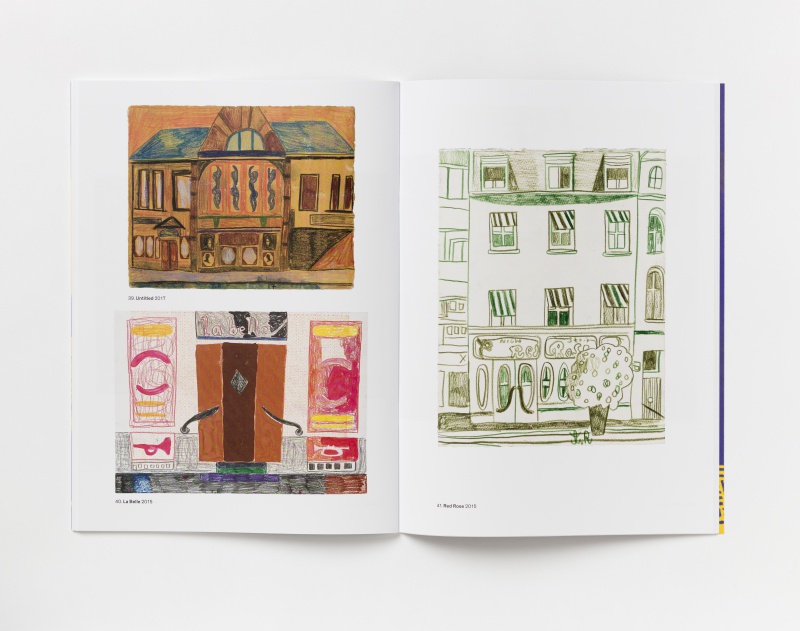 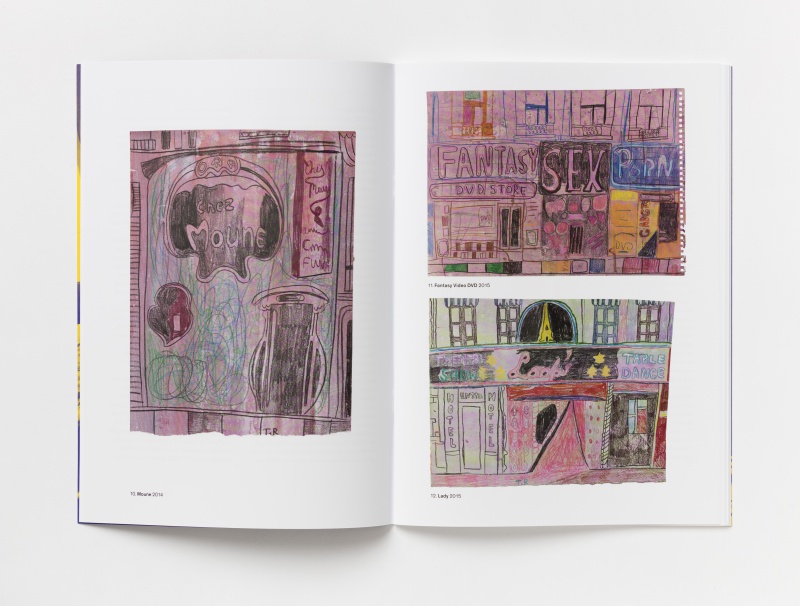 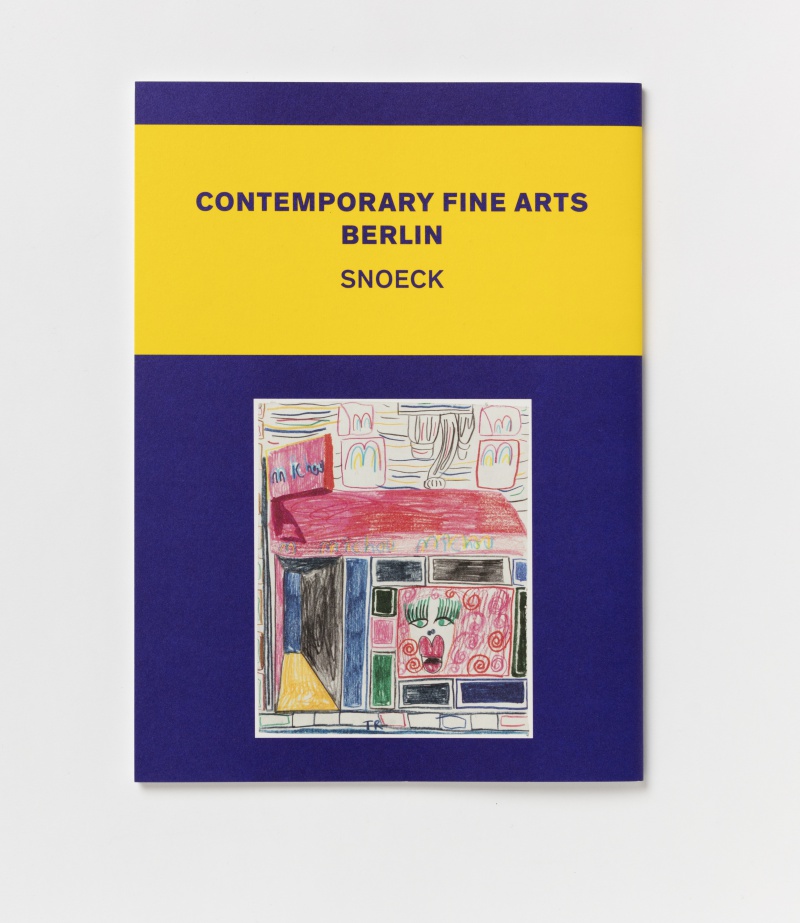 Over the past few years, Tal R has amassed an archive of more than a thousand photographs of sex shop façades. Between 2014 and 2017, he made around 150 drawings based on the contents of the archive. The façades’ advertisements signal the diverse origins of the images: the English, Italian, German, French, and Danish names indicate their different locations. The storefronts alternate between exuberant and sparse, colorful and inconspicuous. Doors, windows, and signs comprise the essential elements of the façades. Occasionally, women’s bodies appear in the compositions, others are decorated with floral motifs or heart patterns, architectural ornaments, and awnings. The effect oscillates between ordinary and exotic. Some of the façades maintain silence about their function, others blatantly advertise their services. The French names sound romantic, the German ones vulgar or general. Customers will likely react appropriately to the information each façade provides. From “Shop,” where purchases can be made, to Villa “Les Roses,” where dreams come true, everything is available. (Excerpt from the text by Siegfried Gohr)