In any society there are rules and conventions that lay out what in given context constitutes wrong; in the treatment of animals, attire, consumption of food and sex. Rauch is ‘wrong sculpture’ and in being so hints to the work of Franz West in more general terms.

The work does not immediately come across as shaped or moulded, even if this is of course what happened at some stage to the chicken wire which support its’ pulp skin. The ‘Actionist’ gesture of painterly strokes also distances the lump from the notion of sculpture. Pouring in all directions the tracks of runners encourages a merry lack of respect towards the notion of what’s right and natural. More than anything, however, this pushes the lump in the direction of a painterly domain. Not that this was West’s driving argument and ambition, but because for a while it misguides and estranges our sensorial and conceptual relation with the world around us. Leaning on a sculptural notion, one could say that this and many other of the artist’s works situates us out on a limb; Staggering and wrong. What are we to do with it? It openly calls for more than just words. Cleverly it leaves us to face it, attempting an impossible, fatiguing and deeply personal conversation in its presence. Only there, when we are lost for words does it finally become object rather than image.

Smoke is the translation of the German title. Smoke as in smokers’ lungs and the morphology of the transient and elusive. In the artist’s homeland of Austria, however Rauch is also the name of a producer of muck spreaders as well as a fruity soft drink dating back to 1919. Dada-times that is and hence the overturn of the old world. Everything is possible as smoke gets in our eyes. 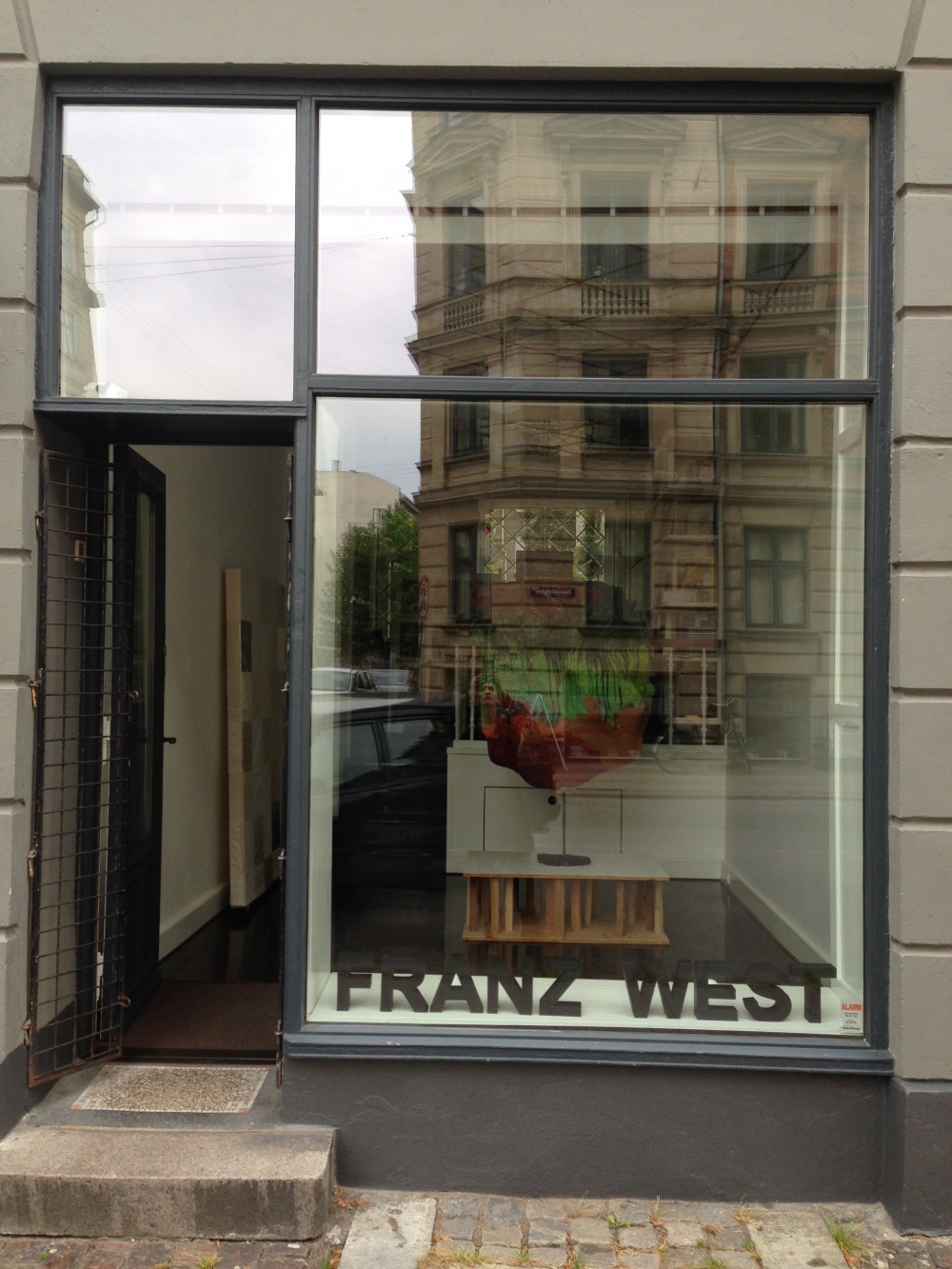